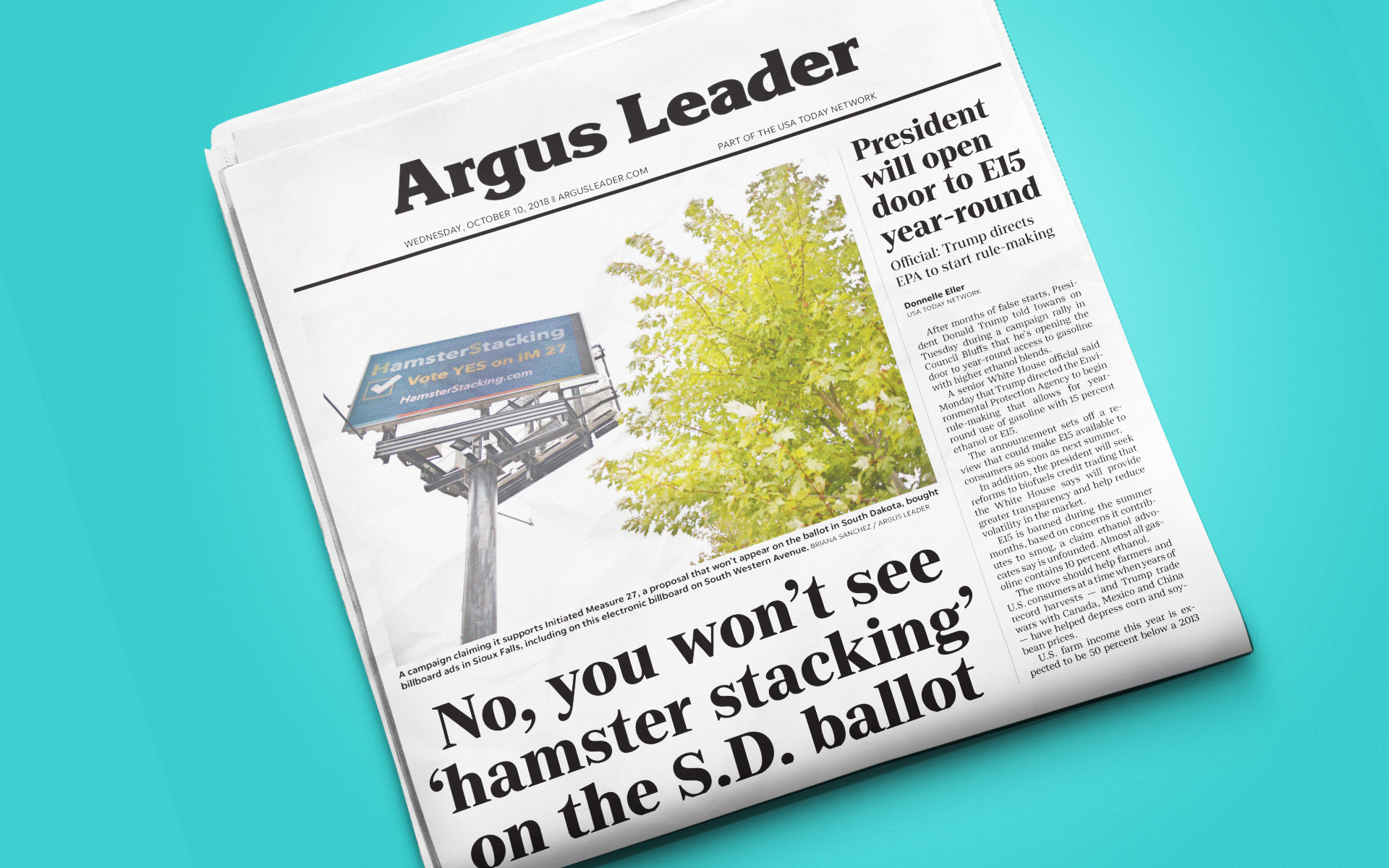 Public relations is often thought of as just crisis management. In the case of our own Hamster Stacking Campaign, it was anything but. We set out to promote ourselves and our 27th anniversary with our fake Vote Yes on IM 27 initiative. Our hope was to engage people and the media to the point that they had to respond.

It was hardly real news. But we knew it was topical. Launching the campaign in the middle of a very busy election season, we bought billboard space, built a website, Facebook and Twitter pages; and even placed yard signs. We paid to do so, but what we received in earned media was much greater.

Drivers took notice of the signage and social media began talking. Local news outlets Argus Leader, KELO-AM and others were reporting on their websites. Curiosity was piqued. Twitter was gaining momentum throughout the day as a CNN employee shared us. People were hash tagging to forward to Jimmy Kimmel. We received comments as far away as New Zealand. In a little over 48 hours, Hamster Stacking was top-billed front page news.

Then the real public relations work began: answering the tweets, posts and emails, responding to reporters committed to getting the scoop, slowly dripping more info leaks toward our reveal, and preparing our press announcement and buckling down for the possible backlash. We even did some good for our fellow HS friends – the Sioux Falls Humane Society, making a donation and raising their visibility.

The media and public took it mostly for what it was – a clever, humorous and viral way to celebrate our anniversary. We received multiple follow-up stories on why we did the campaign and what we were attempting to prove. And we proved how a timely idea, media, PR and digital all work together.

With any public relations effort, you can never be assured of what exactly your reactions will be. You have to be nimble. Hamster Stacking was a metaphor for organizing moving parts. And that’s exactly what we did. 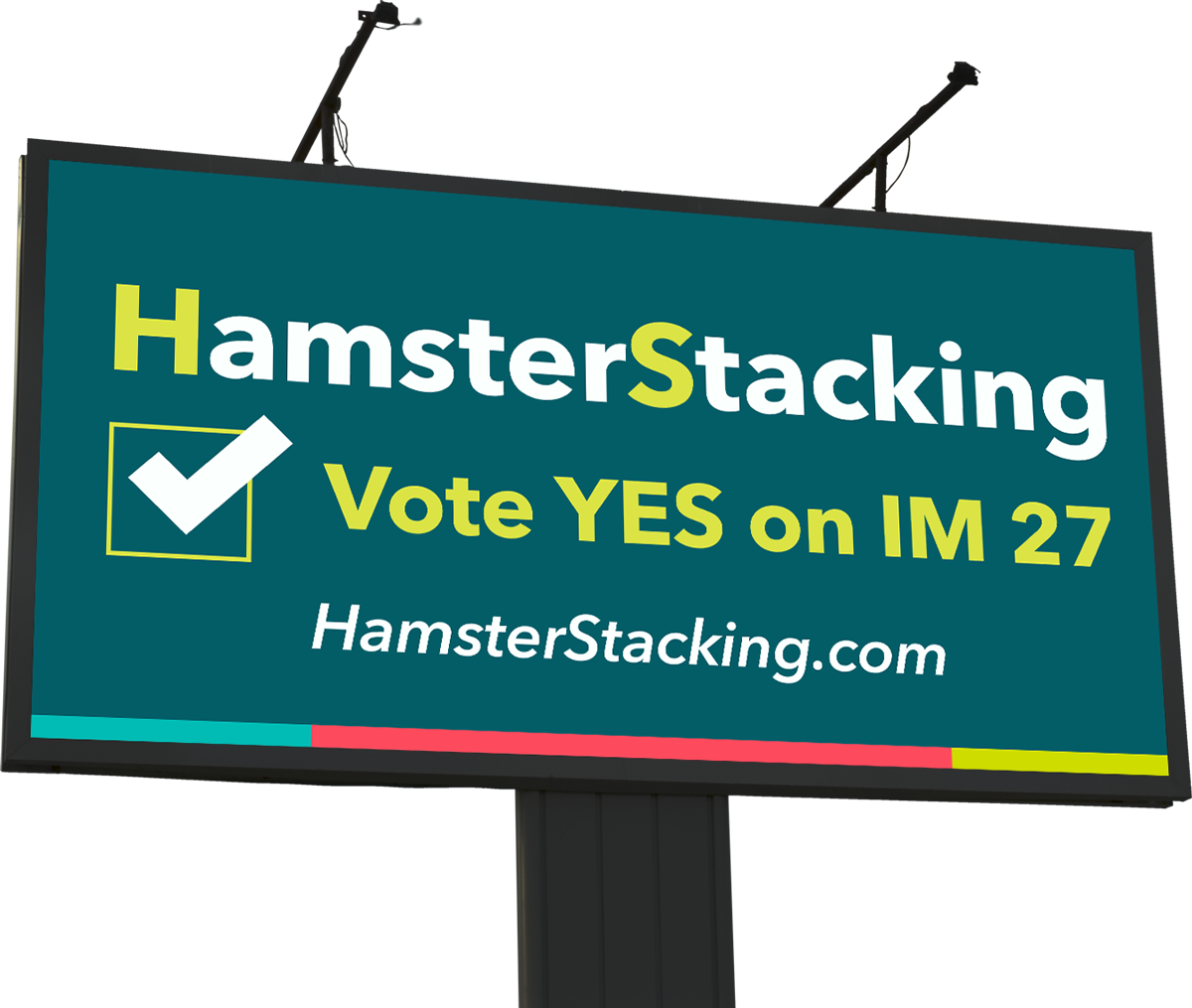 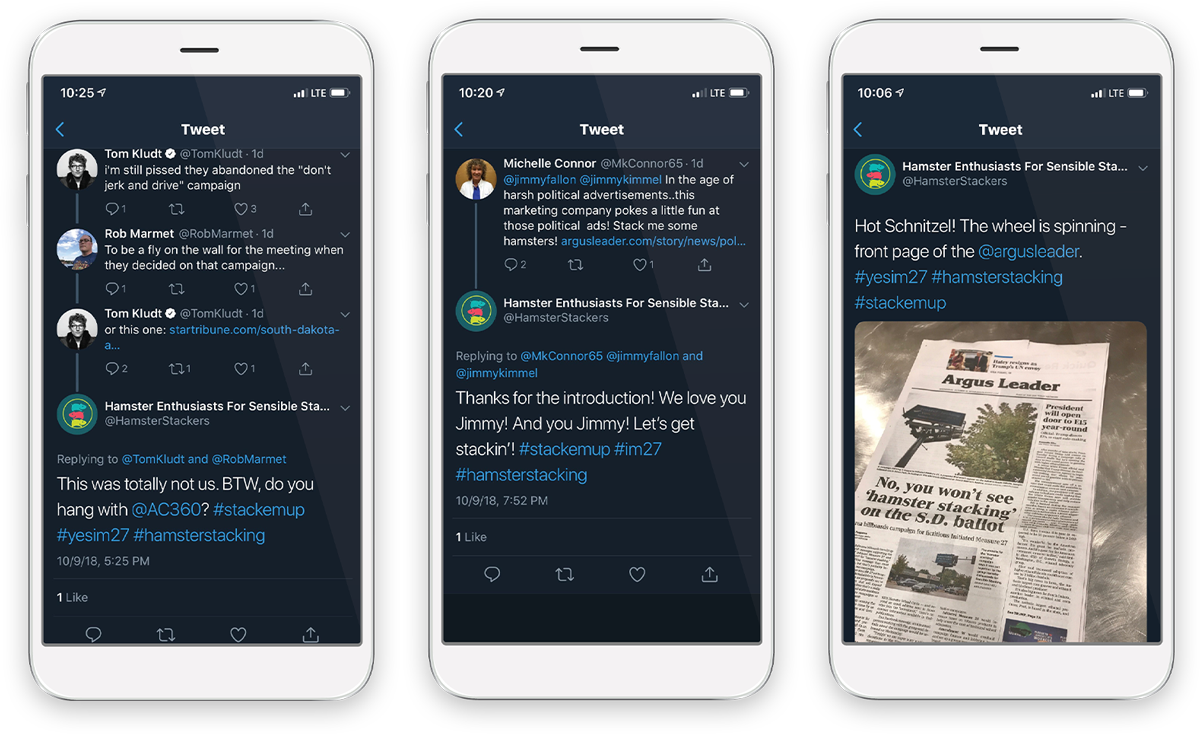 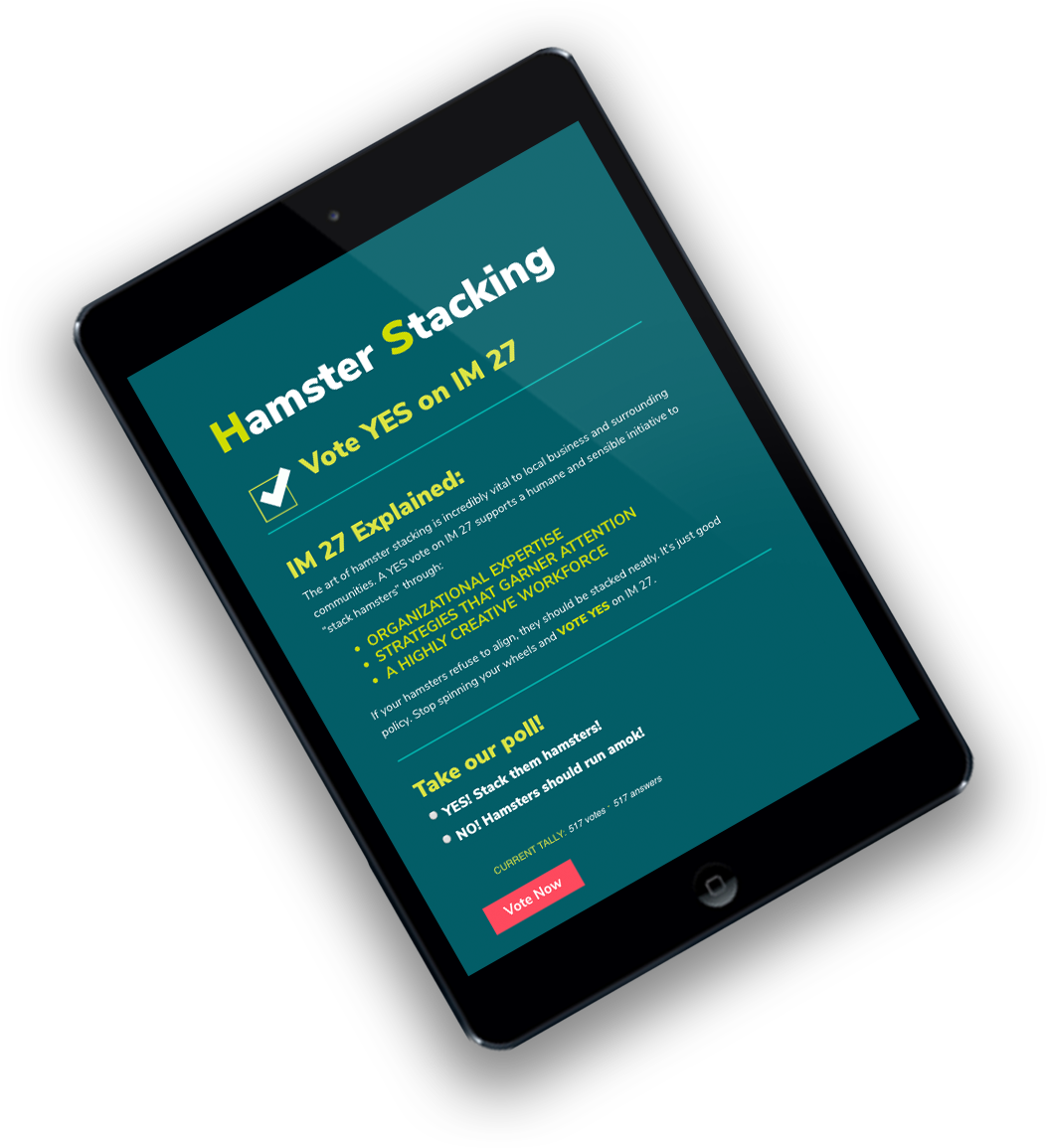 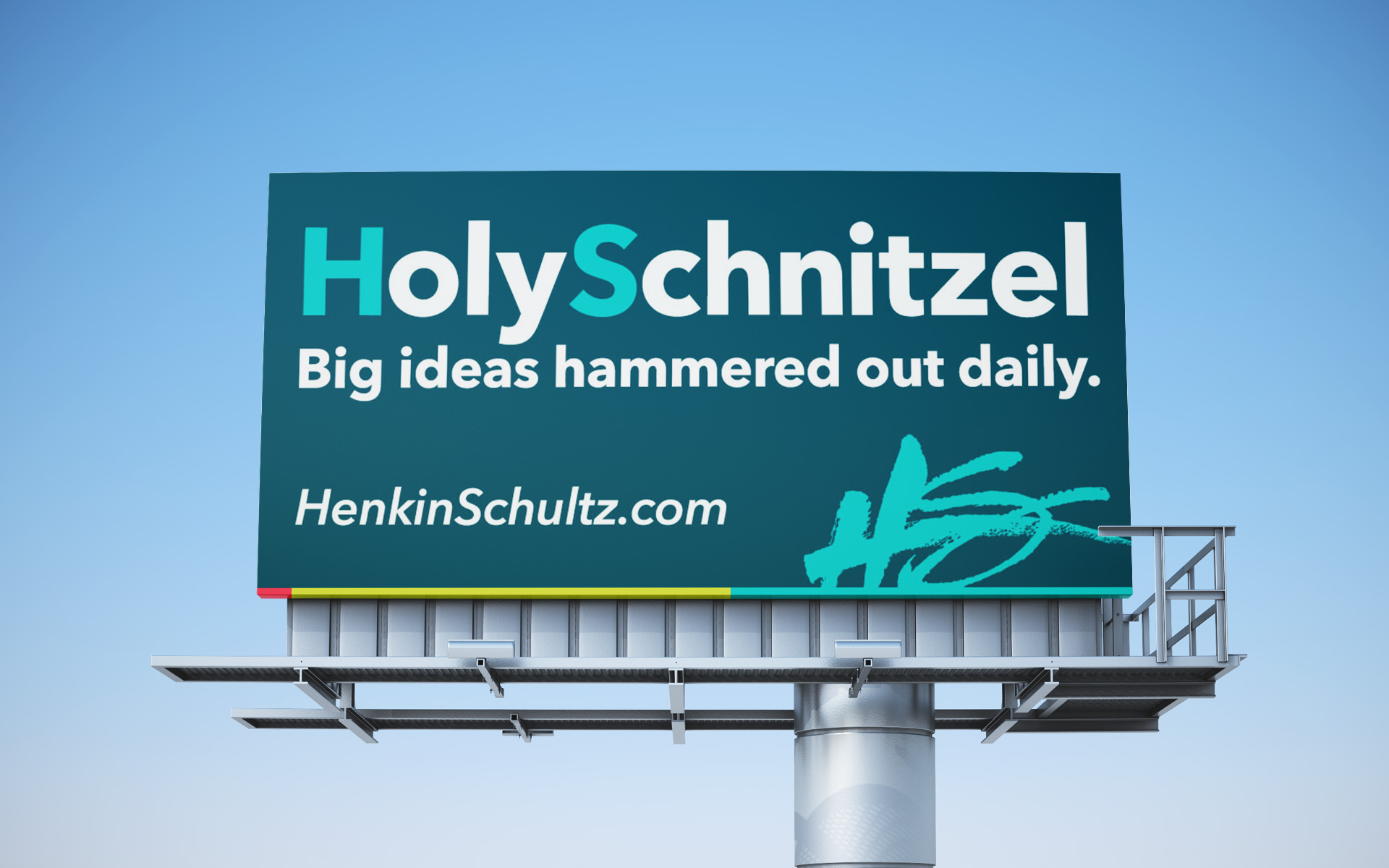 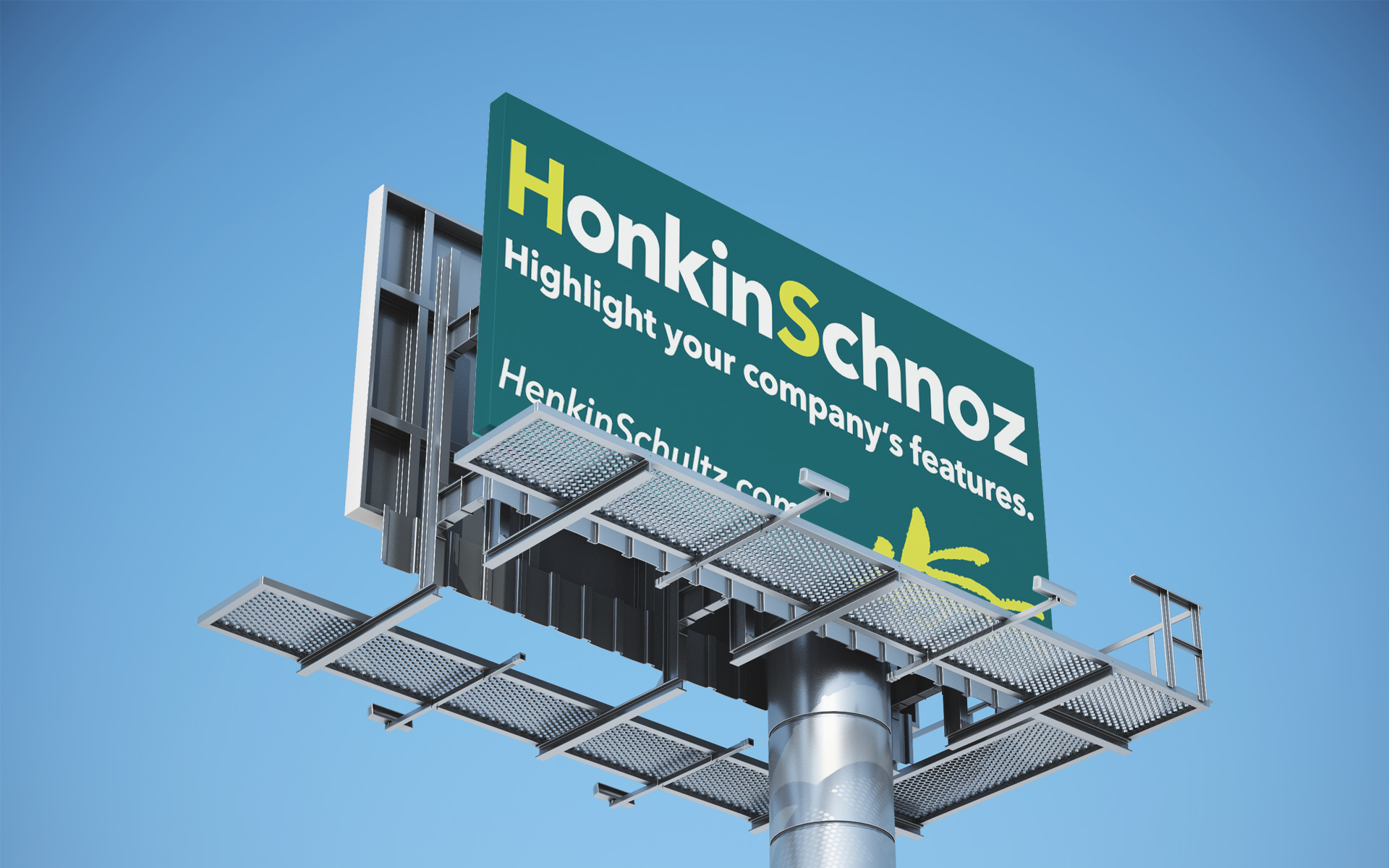 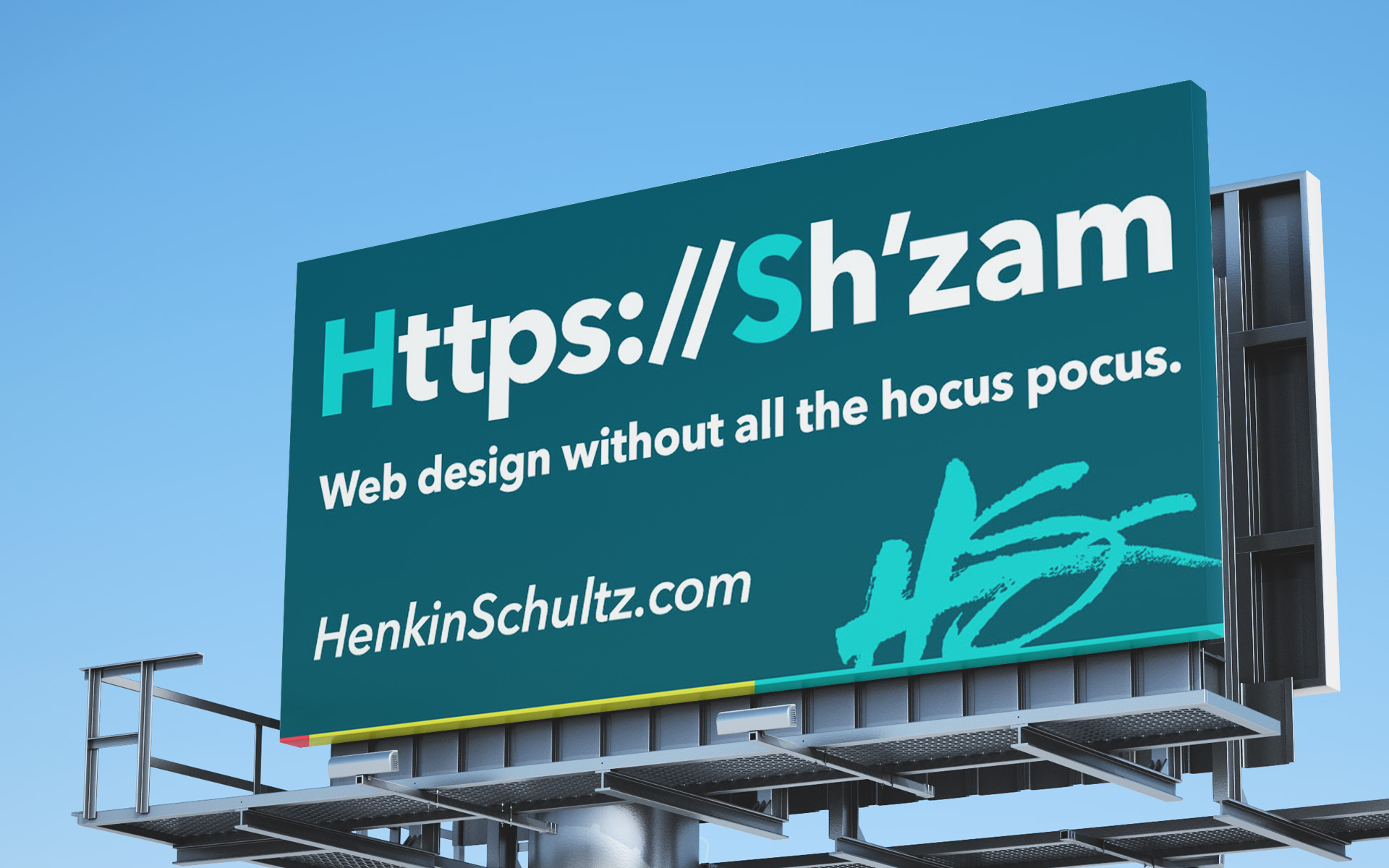